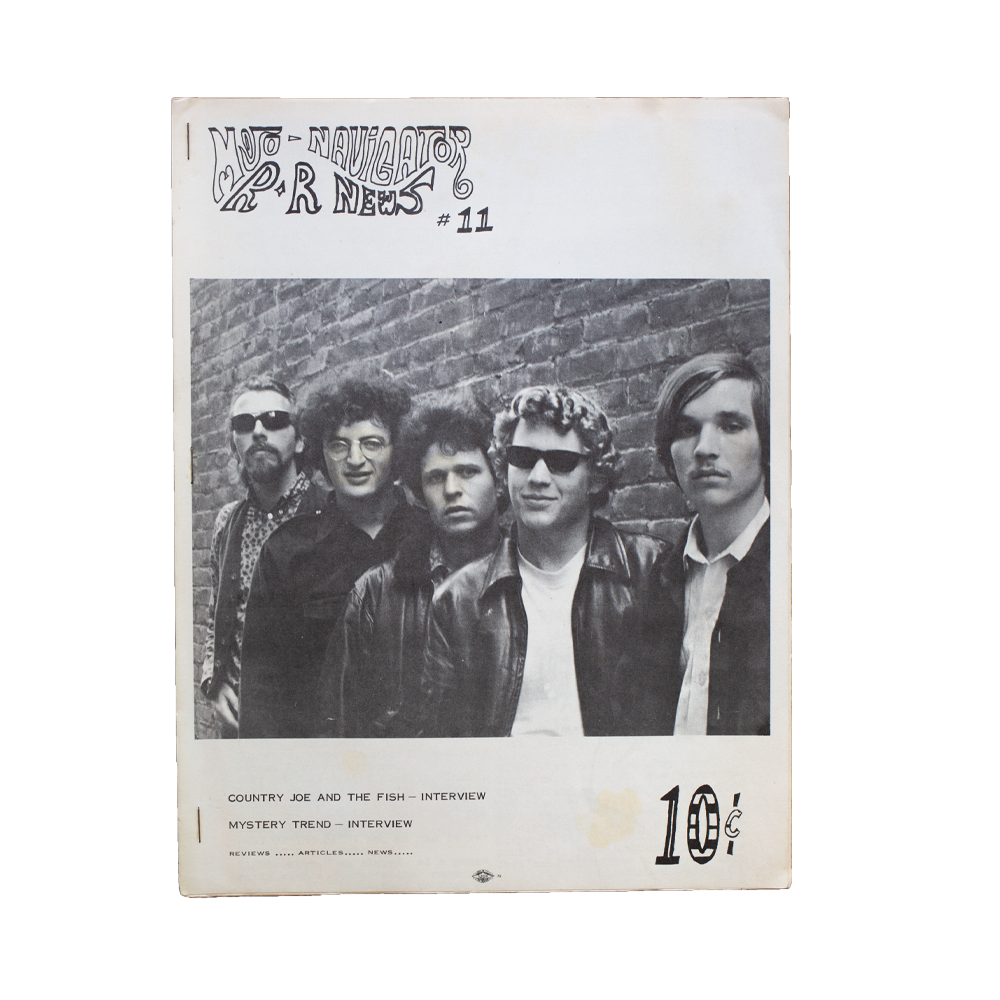 A one-time price of $250.00 will be added to your order.
1 Left in Stock
Categories: MAGAZINE
Manufacturer: Bynx LLC

November 22, 1966. Mojo Navigator; #11. 8 1/2" x 11". 14pp. GOOD. Photograph removed with scissors on page 10, scissor cut on page 8. Absent marks or inscriptions. Some spotting, toning. This issue includes an interview with Country Joe and the Fish and Mystery Trend, the usual record reviews and editorial content. Also includes a spectacular color advertisement on page 5 of a massive show at the Avalon Ballroom with Quick Silver & The Messenger Service, Big Brother & The Holding Company and Country Joe and the Fish. The last page is actually a color handbill of a Show at Berkeley with The Grateful Dead and Country Joe and the Fish (hole from removed staple on bottom left corner). Amazing Issue; RARE. With the damage to the issue, real value is in the two color-flyers.

The legendary "Mojo-Navigator Rock & Roll News" was a music zine by Greg Shaw and David Harris, and covered the local alternative music scene. Considered to be the precursor to later alternative journalism (Crawdaddy and Rolling Stone and later fanzines), it consisted of 14 issues - 12 in 1966, one in April '67, one in August '67 - before burning out.