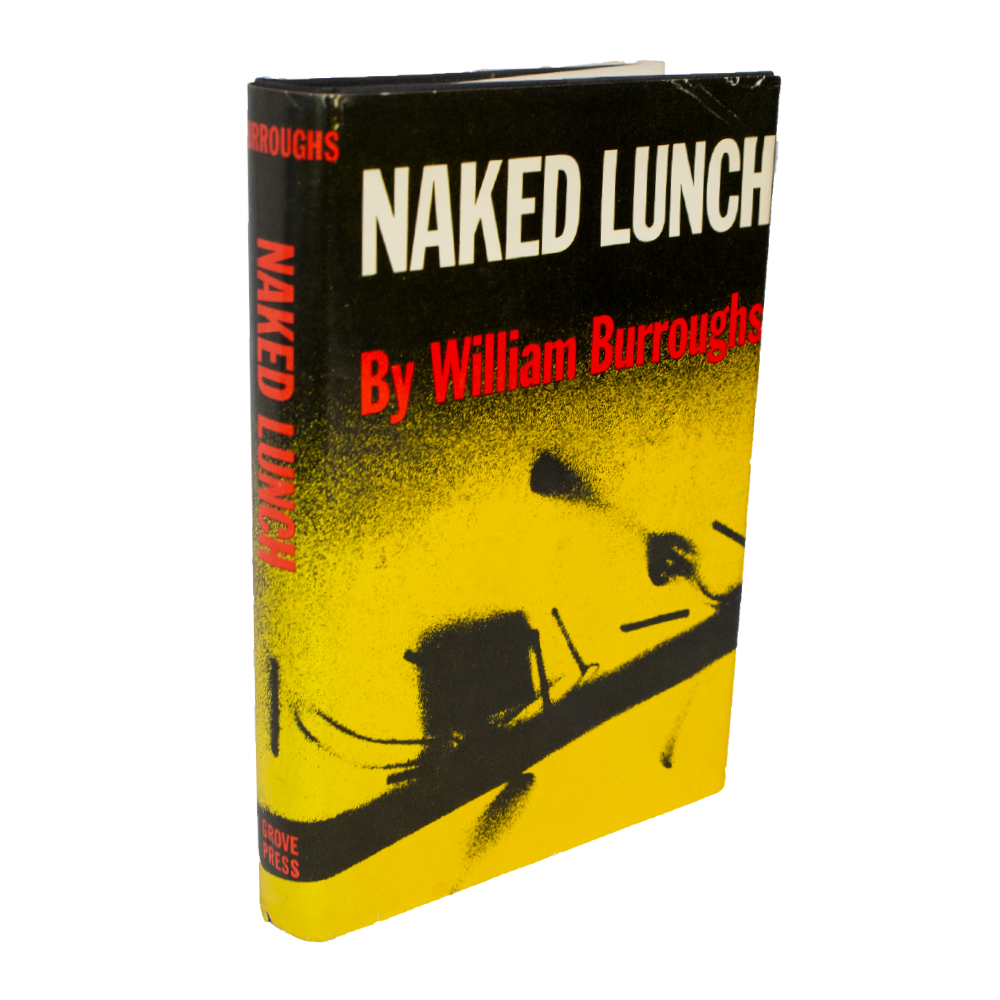 A one-time price of $600.00 will be added to your order.
1 Left in Stock
Categories: Poetry/Other, Counterculture Books
Manufacturer: Bynx LLC

The first American edition of this classic novel of the Beat generation, which, due to U.S. obscenity laws, was not published in America until three years after its Paris publication, and until a legal challenge of its ban was successful. Basis for the 1991 David Cronenberg film featuring Peter Weller, Judy Davis, Ian Holm, Julian Sands, and Roy Scheider.