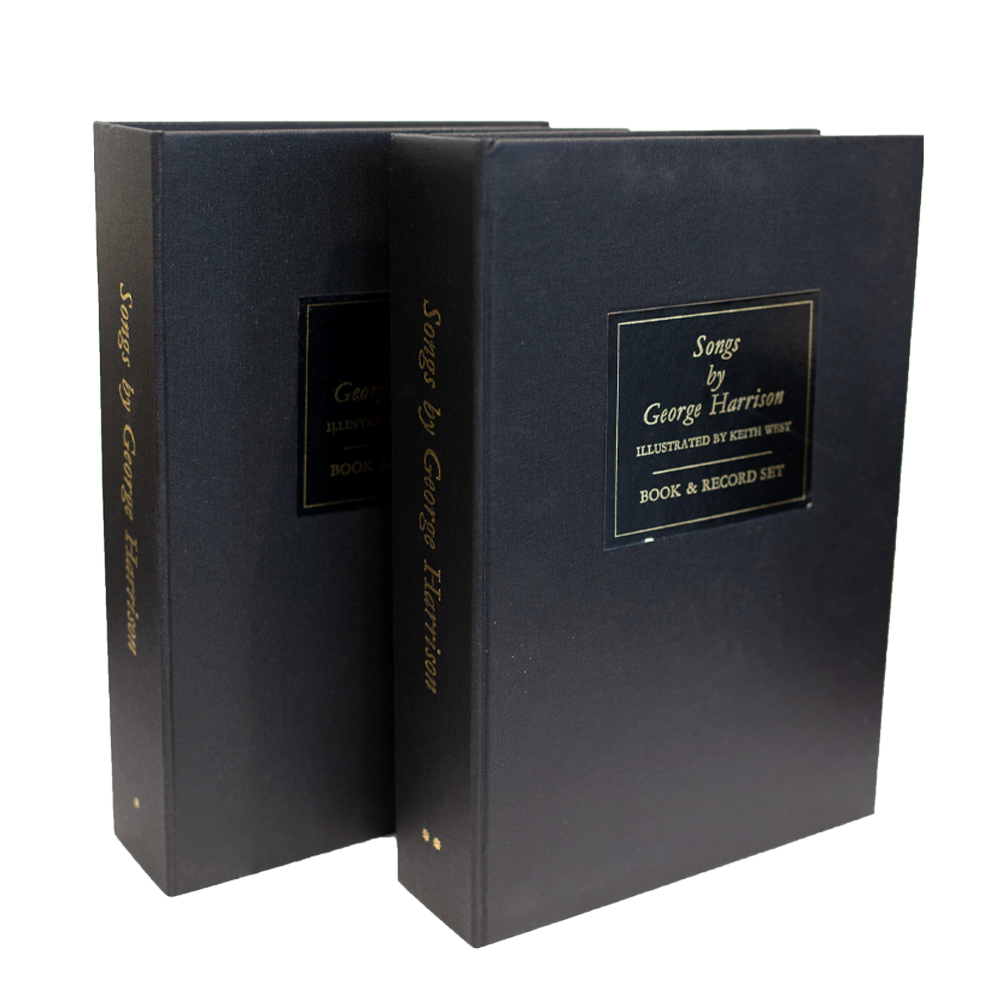 A one-time price of $6,500.00 will be added to your order.
1 Left in Stock
Categories: BOOK, Music & Musicians, Signed Titles, The Beatles
Manufacturer: Bynx LLC

The 'Songs' are illustrated by talented New Zealand botanical artist Keith West, who impressed Harrison with his wealth of fantastical imagery. With additional text by Ringo Starr, Elton John, Harry Nilsson and Jeff Lynne. The music included was exclusive to this edition. "Harrison, the youngest Beatle--who played lead guitar and wrote memorable songs such as 'Something,' 'While My Guitar Gently Weeps' and 'Here Comes the Sun'--was considered by many to be the group's most thoughtful, spiritual member. His signature guitar style, owing both to blues and early rock and roll, gave the Beatles' music a distinctive character".