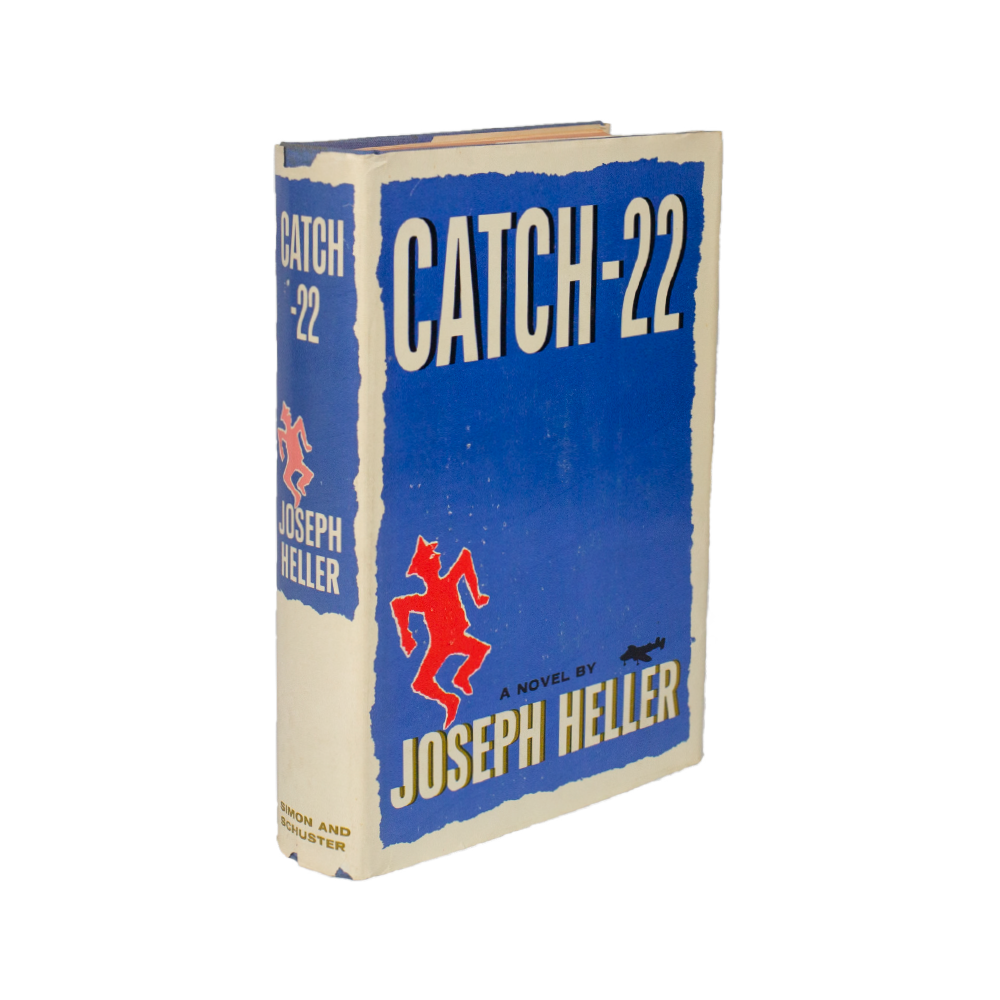 A one-time price of $1,800.00 will be added to your order.
1 Left in Stock
Categories: Counterculture Books
Manufacturer: Bynx LLC

New York: Simon and Schuster, 1961. First Edition. 443 pp. Hard Cover: NEAR FINE. Dust Wrapper: NEAR FINE. Free of marks or inscriptions; some color loss to the bands, modest foxing on front paste-down. Wrapper is bright; some loss at the spine extremities and toning on inside flaps.

Catch 22 is frequently cited as one of the greatest literary works of the twentieth century. The novel is set during World War II, and looks into the experiences of Captain John Yossarian and the other airmen in the camp, who attempt to maintain their sanity while fulfilling their service requirements so that they may return home. The phrase “Catch-22” has entered into the English language, referring to a dilemma or difficult circumstance from which there is no escape because of mutually conflicting or dependent conditions. In the novel, airmen who were crazy were not obliged to fly missions, but anyone who applied to stop flying was showing a rational concern for their safety, and was professed to be sane. The novel is the basis for the 1970 film starring, among others, Alan Arkin, Richard Benjamin, Paula Prentiss, Charles Grodin, Jon Voight, Art Garfunkel, Bob Newhart, Anthony Perkins, Martin Sheen, and Orson Welles.