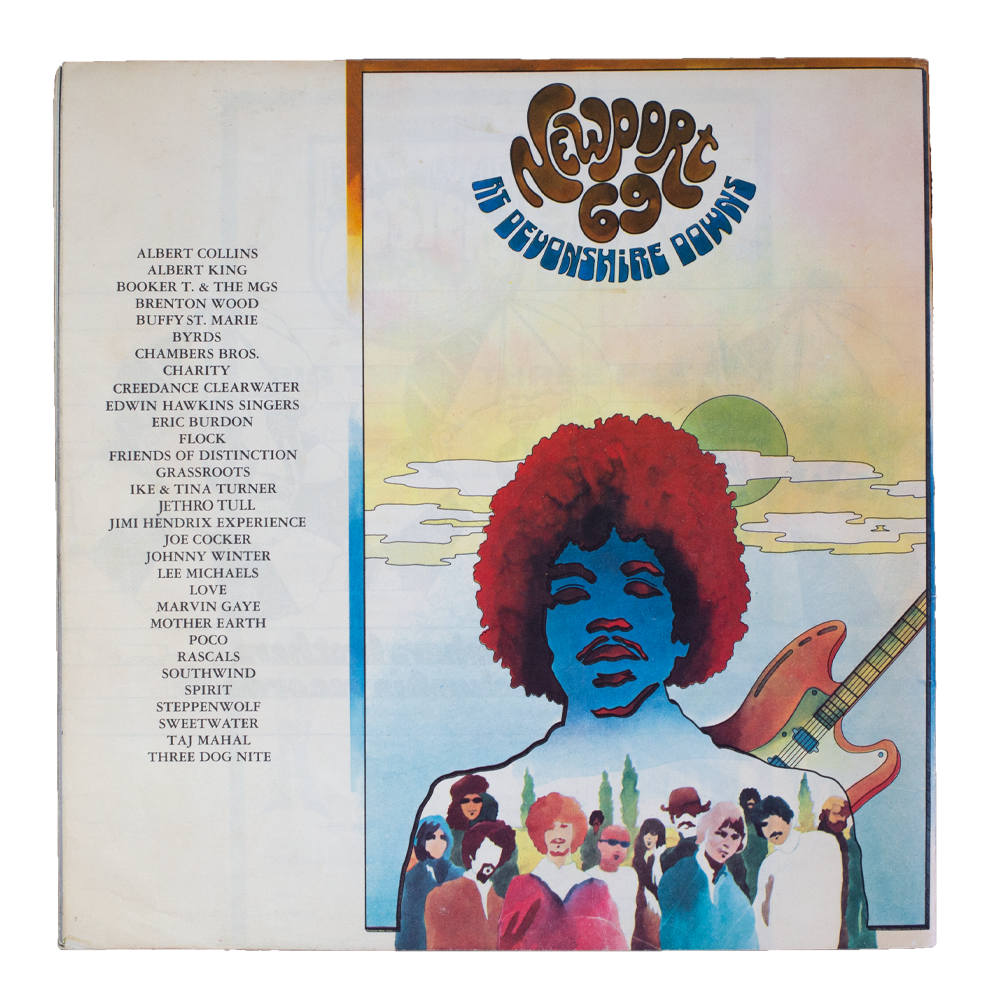 A one-time price of $500.00 will be added to your order.
1 Left in Stock
Categories: PROGRAM, Jimi Hendrix, Festivals
Manufacturer: Bynx LLC

NEAR FINE. Expected signs of wear. An extremely scarce concert program of the Newport ‘69/Devonshire Downs Festival held in the Los Angeles area over three days in June, 1969, and featuring Jimi Hendrix, The Byrds, Jethro Tull, Creedence Clearwater Revival, Joe Cocker, Johnny Winter, Love, Marvin Gaye, and many others. The festival was attended by an estimated 200,000 fans, which was the largest festival at that time. Jimi Hendrix headlined Friday, but he played so poorly - supposedly from an LSD-laced drink - that he returned to the stage on Sunday. His Sunday performance with Buddy Miles, Eric Burdon, and several others lasted more than two hours, and is now legendary and prompted Los Angeles Times critic Pete Johnson to write that the audience “may have heard the best performance of their lives.” 12" x 12”. 34 pp.