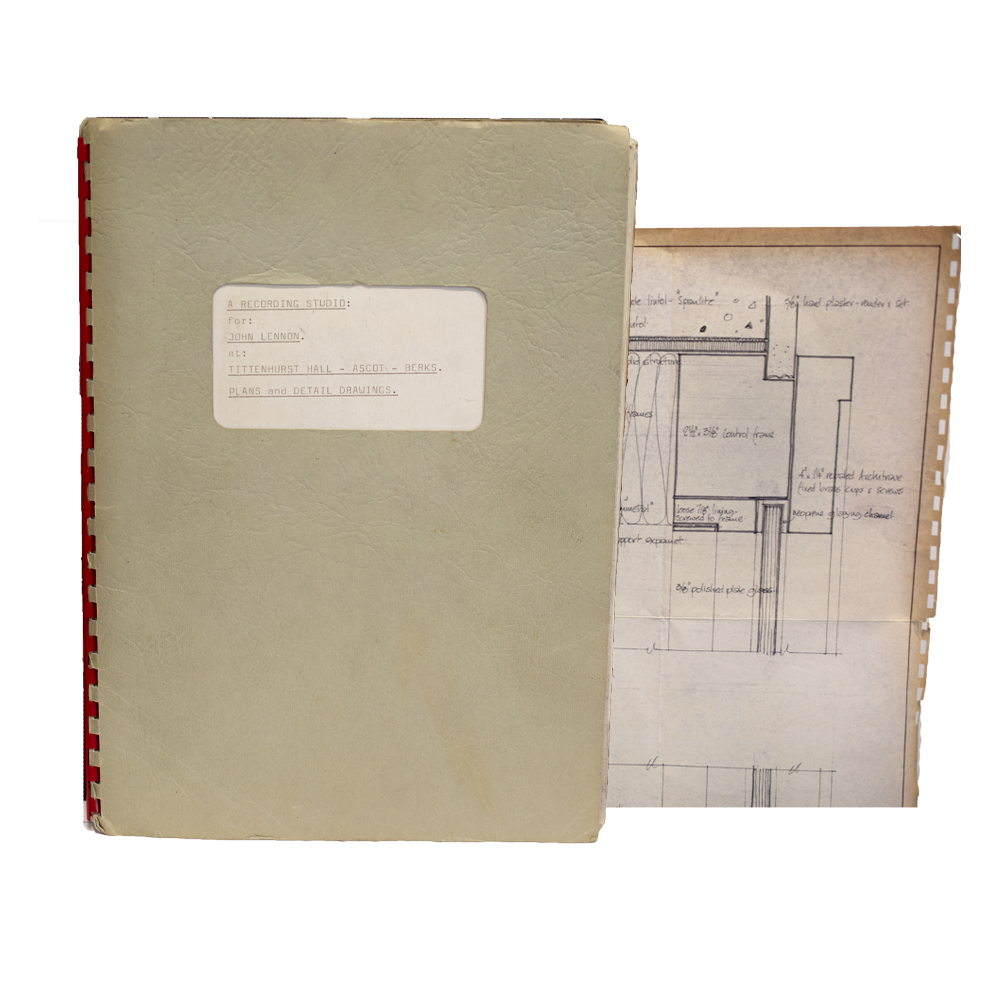 A one-time price of $4,000.00 will be added to your order.
10000000
Categories: EPHEMERA OTHER, Miscellaneous Ephemera, The Beatles
Manufacturer: Bynx LLC

Proposed architectural plans for John Lennon's recording studio at Tittenhurst. A spiral-bound book containing twelve copies of drawings (one loose), the first page reading A Recording Studio for John Lennon. at; Tittenhurst Hall - Ascot - Berks. Plans and Detail Drawings, with Acoustic Consultant and Architect details and dated 5-12-69, the contents page listing thirteen plans in total. A remarkable John Lennon artifact. Ascot Sound Studios (ASS) was a recording studio built by John Lennon and Yoko Ono in 1970, on the grounds of Tittenhurst Park. Lennon built the studio, which featured eight recording tracks on one-inch open-reel tape and a sixteen-channel mixing console, so that he and Ono could record without the inconvenience of having to book studio time at Abbey Road or another location. Lennon recorded much of his 1971 album Imagine at ASS, with Phil Spector and Ono as his co-producers. George Harrison played on several songs, including "How do you Sleep?”, which criticized his and Lennon's former bandmate Paul McCartney. Ringo Starr visited the studio during the recording of the song and was reportedly upset, saying: "That's enough, John”. The album sessions were extensively filmed, and the footage appears in both the Imagine: John Lennon documentary and a separate documentary about the making of the album. Recorded at the same time as Imagine was Ono's album Fly (whose title song was the soundtrack to their film of the same name), and these appear to be the last recordings the couple completed at the studio. Wikipedia.