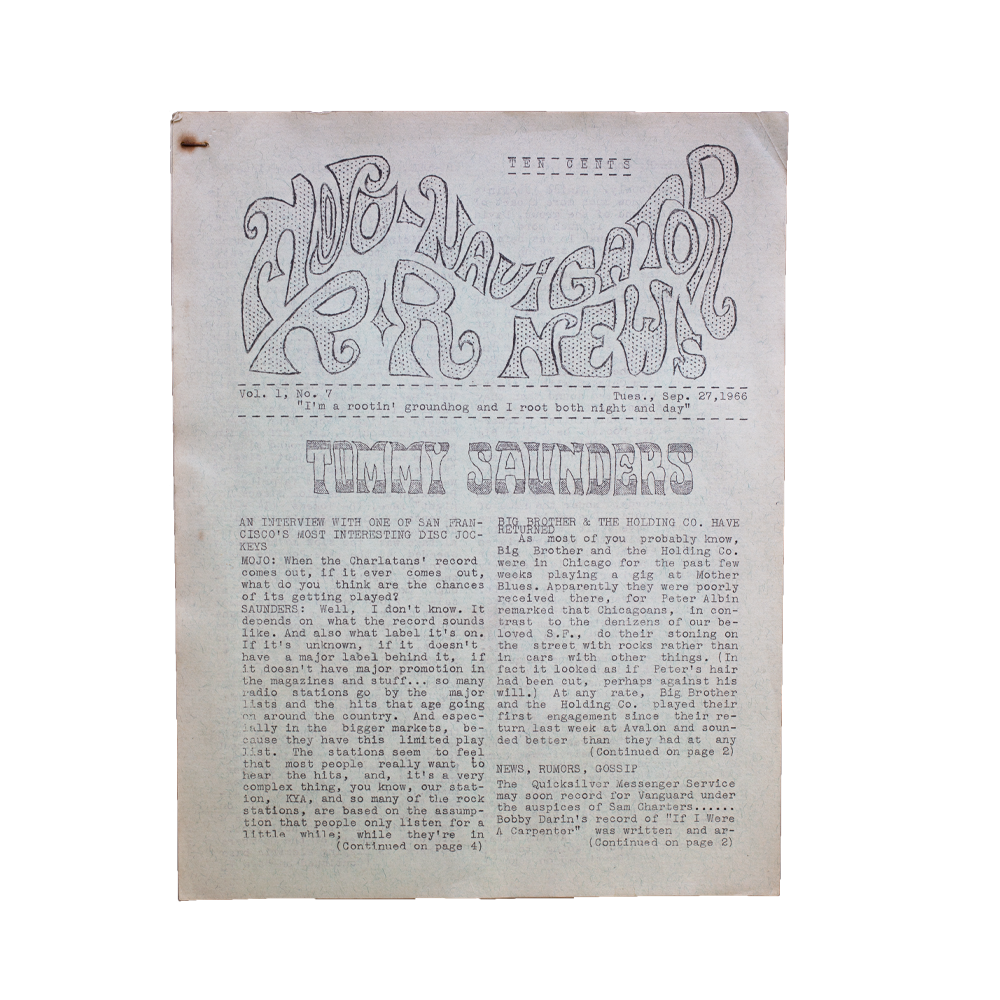 A one-time price of $250.00 will be added to your order.
1 Left in Stock
Categories: Miscellaneous Zines, MAGAZINE
Manufacturer: Bynx LLC

The legendary "Mojo-Navigator Rock & Roll News" was a music zine by Greg Shaw and David Harris, and covered the local alternative music scene. Considered to be the precursor to later alternative journalism (Crawdaddy and Rolling Stone and later fanzines), it consisted of 14 issues - 12 in 1966, one in April '67, one in August '67 - before burning out.