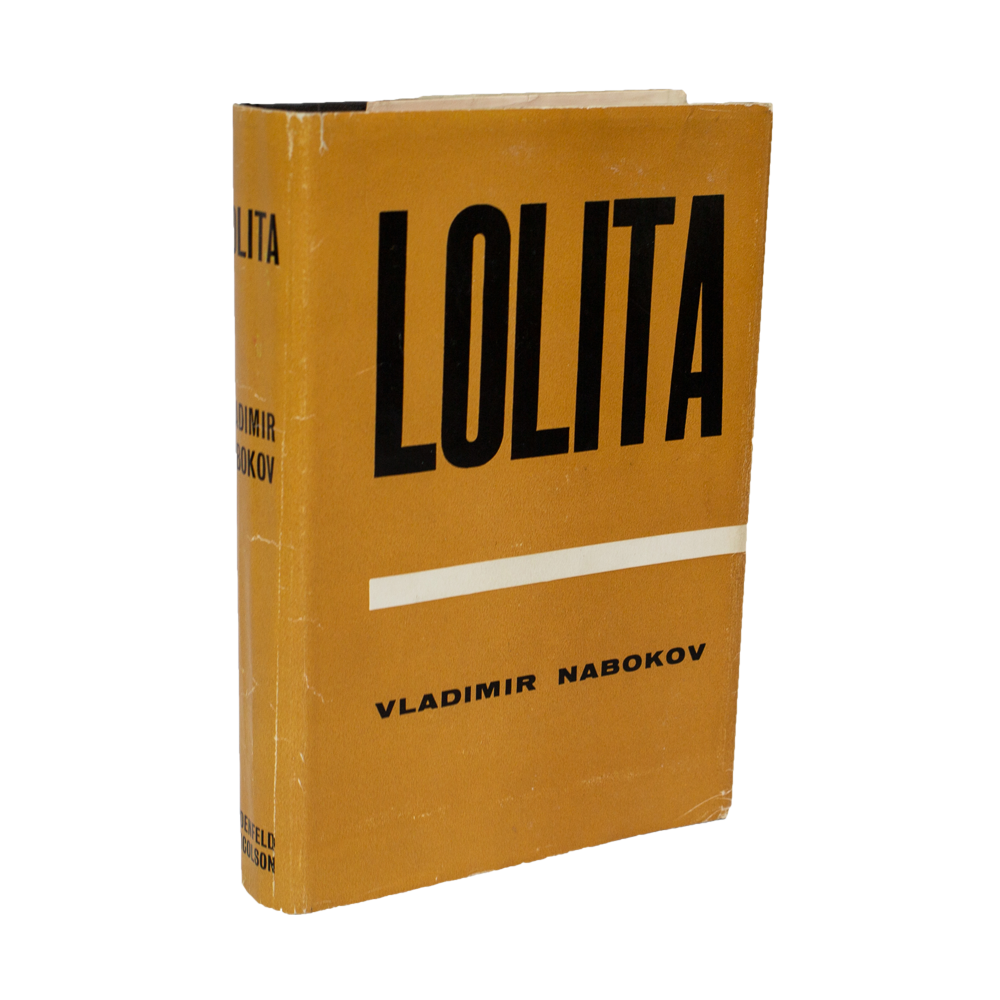 A one-time price of $450.00 will be added to your order.
1 Left in Stock
Categories: Modern First Editions
Manufacturer: Bynx LLC

London: Weidenfeld, 1959. First UK edition. 319pp. Preceded by the U.S. issue in 1958; originally published in Paris in 1955. Hardcover: VERY GOOD. Dust Wrapper: NEAR FINE. Some foxing to the text block and inner pages; bumps on edges; light scratches to the boards. Wrapper shows slight discoloration; some bumping around edges and minor creases.

One of the most celebrated books in history and notable for its controversial subject, the novel was adapted into a film by Stanley Kubrick in 1962, and again in 1997 by Adrian Lyne in addition to several adaptations for stage. "Lolita blazes with a perversity of a most original kind…It is one of the funniest serious novels I have ever read…”. Atlantic Monthly.