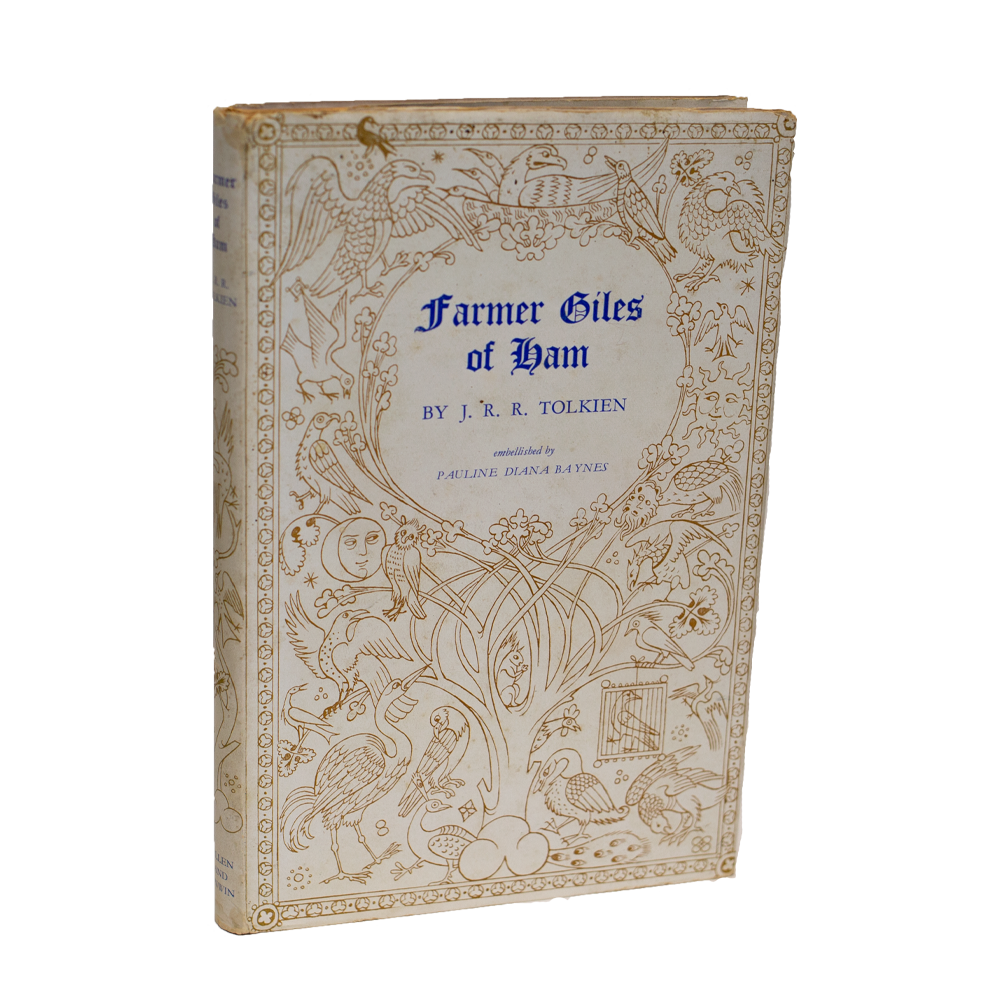 A one-time price of $800.00 will be added to your order.
1 Left in Stock
Categories: Sci-Fi & Fantasy
Manufacturer: Bynx LLC

London: George Allen and Unwin, 1949. First edition. 79pp. Hardcover: NEAR FINE. Dust Wrapper: NEAR FINE. Book is in great condition; spine is tight and pages are crisp. There is a name and date in pencil mark on the half title and a pencil mark indicating the number of copies of the first edition on the copyright page (5,000). There is also a red owner’s stamp on the half title. Dust Wrapper has modest loss on spine and some toning, else fine.

Farmer Giles of Ham is a comic Medieval fable written by J. R. R. Tolkien in 1937 and published in 1949. The story describes the encounters between Farmer Giles and a wily dragon named Chrysophylax, and how Giles manages to use these to rise from humble beginnings to rival the king of the land. It is cheerfully anachronistic and light-hearted, set in Britain in an imaginary period of the Dark Ages, and featuring mythical creatures, medieval knights, and primitive firearms.