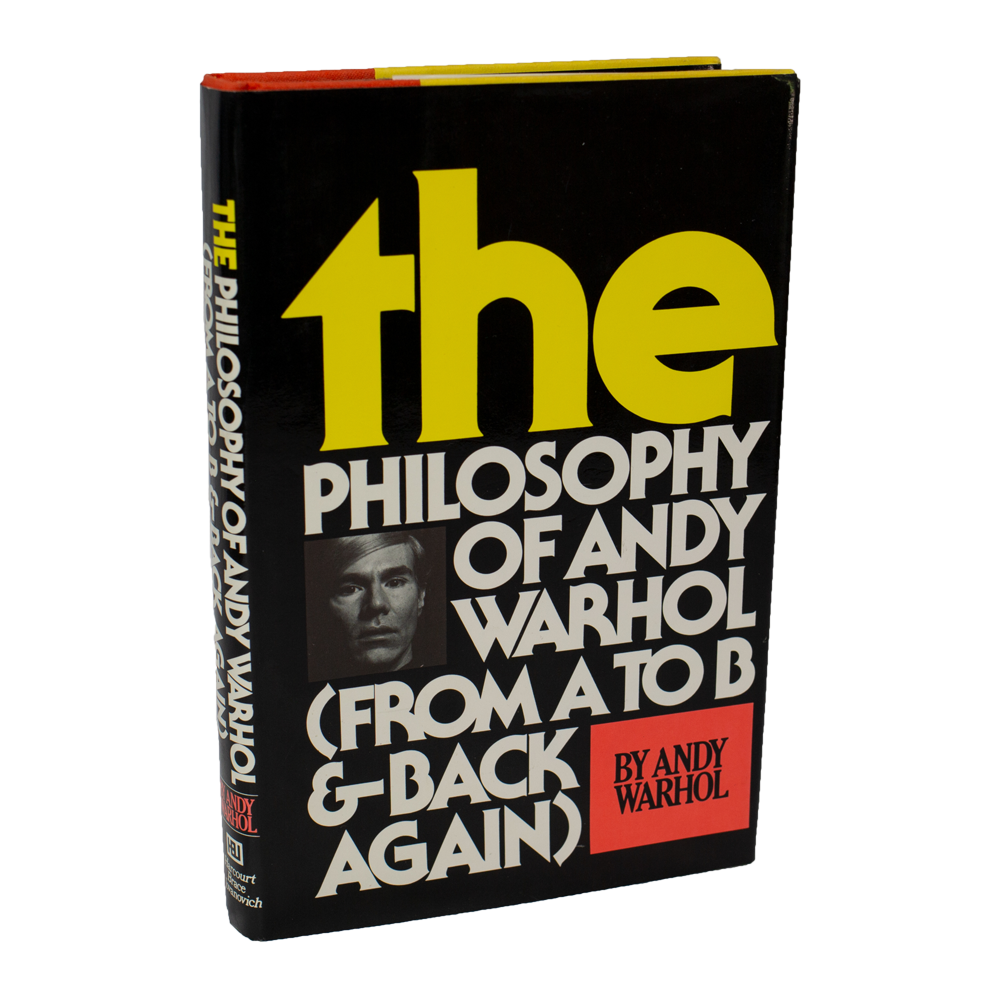 A one-time price of $500.00 will be added to your order.
1 Left in Stock
Categories: Signed Titles, Poetry/Other
Manufacturer: Bynx LLC

New York: Harcourt Brace Jovanovich, 1975. First Edition. 242pp. Hardcover: NEAR FINE. Dust Wrapper: NEAR FINE. SIGNED in the artist's initials. A gorgeous copy, with only a small black mark on the top front board near the spine. Wrapper is bright, with a couple of almost imperceptible nicks.

The Philosophy of Andy Warhol (From A-B & Back Again) combines the Pop Art titan's musings and business suggestions intertwined with transcribed excerpts from his continuous string of telephone calls. As a contemporary New York Times review points out, The Philosophy of Andy Warhol "presents us with an enlarged mirror image (cool, clear, missing a dimension); he gives us surface" rather than depth”. Andy Warhol was one of the most important and influential American cultural figures of the late 20th century.