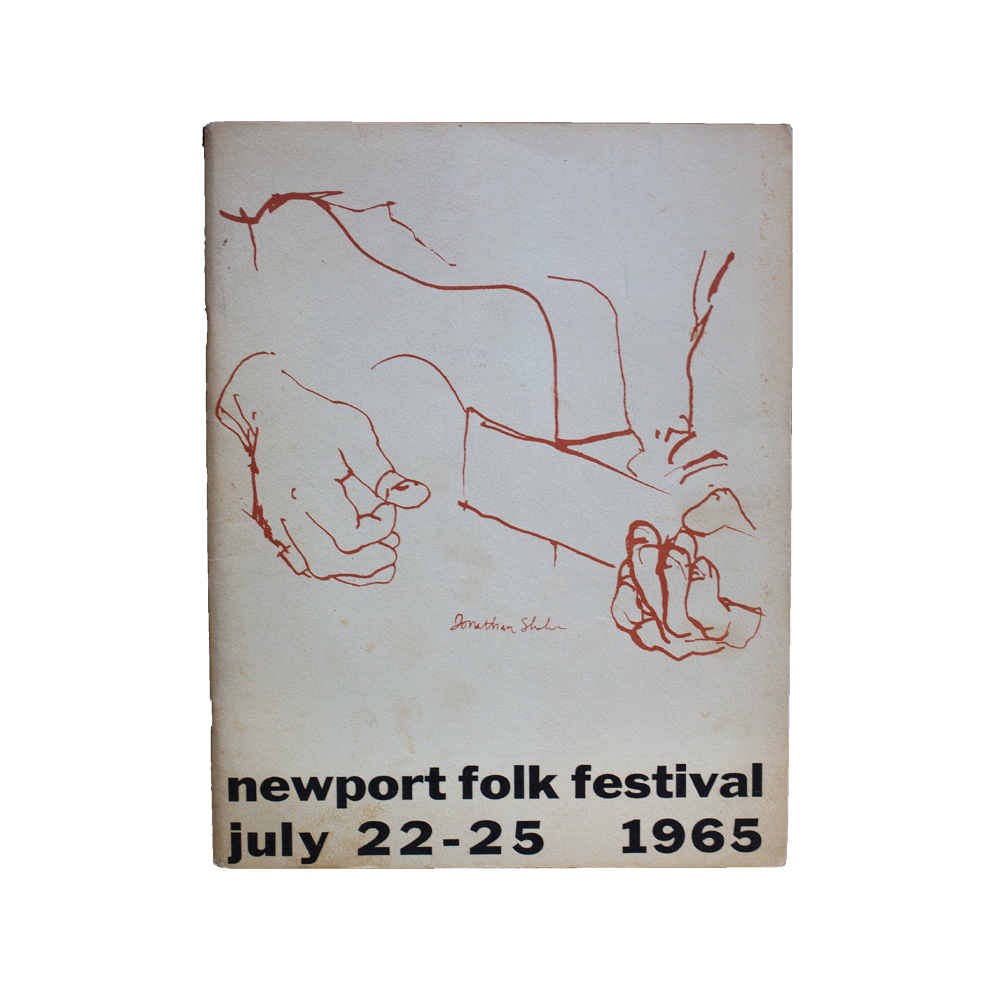 A one-time price of $2,000.00 will be added to your order.
1 Left in Stock
Categories: PROGRAM, Bob Dylan, Festivals
Manufacturer: Bynx LLC

1965. Newport Festival Program. 8 1/2" x 11". 63pp. Line-up included industry heavy weights Joan Baez, Donovan, Maybelle Carter, Peter, Paul & Mary, Mississippi John Hurt, but the show would become infamous due to The Electric Dylan Controversy. Seemingly unconcerned with the "Folk" in the Newport Folk Festival, on July 25, Dylan took the stage with his Fender Stratocaster, accompanied by guitarists Mike Bloomfield and Barry Goldberg of the Paul Butterfield Blues Band. In a brief performance he played "Maggie's Farm," "Like a Rolling Stone" (released five days prior), and "It Takes a Lot to Laugh, It Takes a Train to Cry." He finished with two acoustic songs, "Mr. Tambourine Man" and "It's All Over Now, Baby Blue." Pop music would be forever changed, and Dylan never played at Newport again. This RARE, collectable issue of the program also prints a short story by Dylan, "Off the Top of My Head," featuring off-the-top-of-his-head characters, Horseman, Photochick, Miss Flunk, and the Prez. A program of historical significance. VERY GOOD. Free of marks or inscriptions; expected toning and minor spotting to cover, which has some fraying at the edges. One staple has given away at the program centre spread.