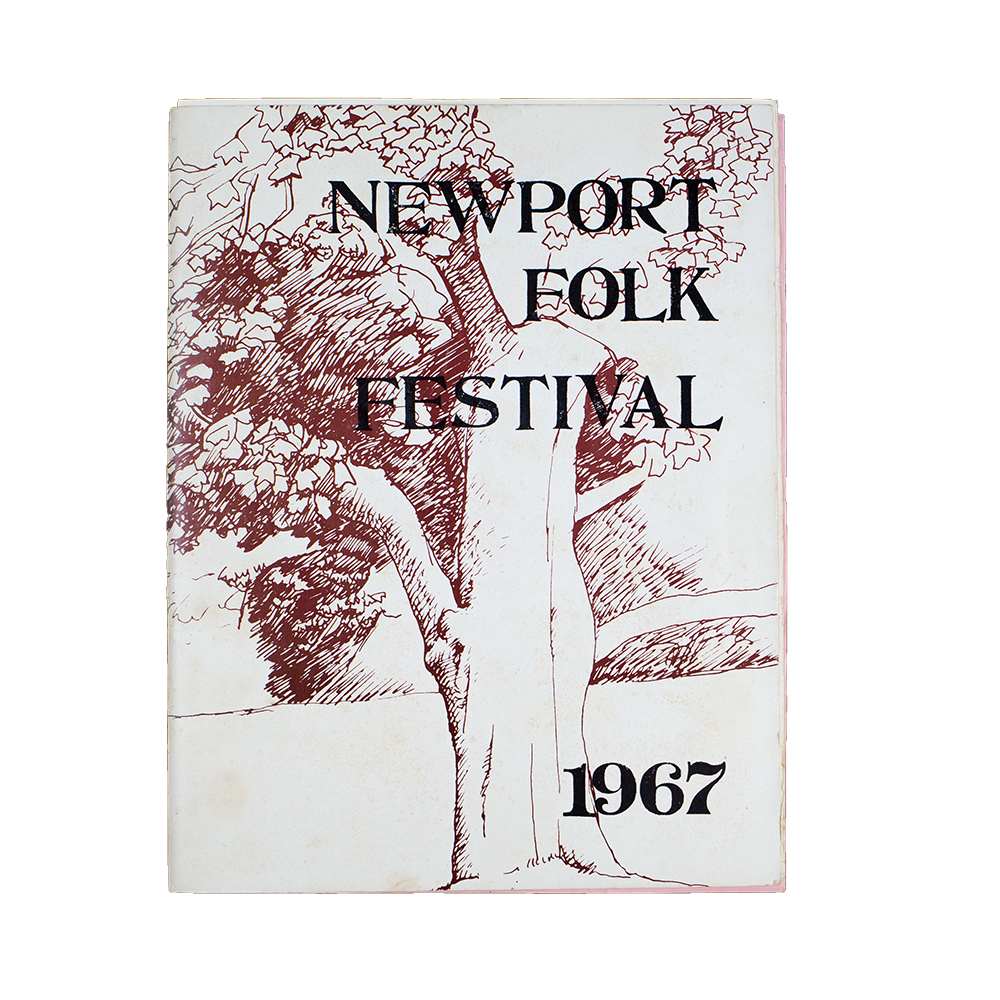 A one-time price of $150.00 will be added to your order.
1 Left in Stock
Categories: PROGRAM, Festivals
Manufacturer: Bynx LLC

Publisher: Gilbert Fravette. Very Good. Some toning, particularly of the cover, and spots of foxing on a few pages. The 1967 program includes pictures and bios of the artists, including Buffalo Springfield, Muddy Waters, Joan Baez, Pete Seeger, Gordon Lightfoot and Arlo Guthrie. Also included are two rare items - a pamphlet of the 1967 Program Schedule and a flyer of the Children’s Day activities.

The Newport Folk Festival is an annual music festival held in Newport, Rhode Island, and is considered one of the first modern music festivals in America. The festival was held annually from 1959 to 1969 (apart from 1961 and 1962), and following a lengthy period of inactivity, returned to Newport in 1985, and has been held annually since then. Since its inception, in addition to the 1967 performers, participating artists have included the Who’s Who of the industry, including Bob Dylan, Chuck Berry, Johnny Cash, John Lee Hooker, Joni Mitchell, Leonard Cohen, Linda Rondstadt, Elvis Costello, Crosby Stills and Nash, and Sheryl Crow.