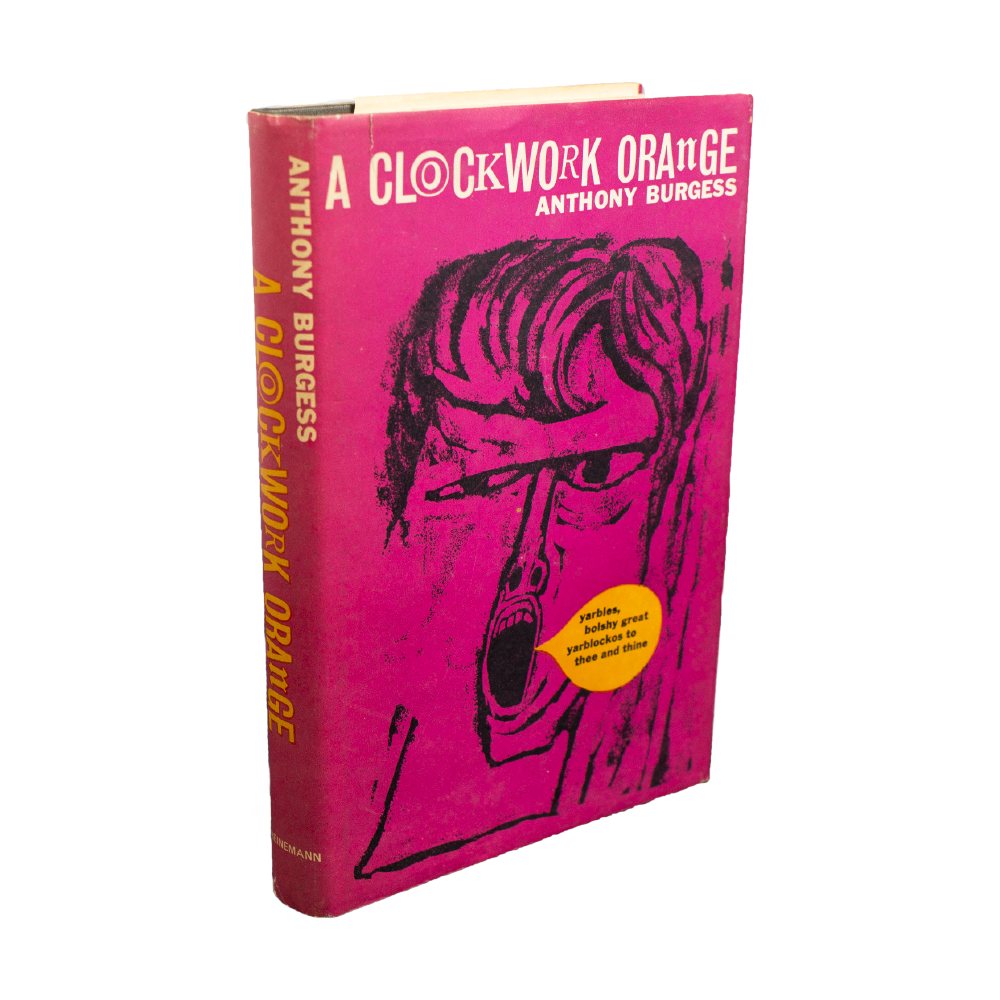 A one-time price of $4,000.00 will be added to your order.
1 Left in Stock
Categories: Counterculture Books
Manufacturer: Bynx LLC

Anthony Burgess’ notorious 1962 dystopian novel is a nightmare vision of the future told in its own fantastically inventive language, and has since become a classic of modern literature. The book was banned in numerous U.S. schools for its sexual violence. Adapted for the big screen by Stanley Kubrick, the film was more controversial than the book and Kubrick withdrew the film from U.K. audiences himself; the self-imposed ban not being lifted until his death in 1999. Named by Modern Library as one of the 100 greatest novels of the twentieth century and by Time magazine as one of the 100 best English-language novels since 1923.