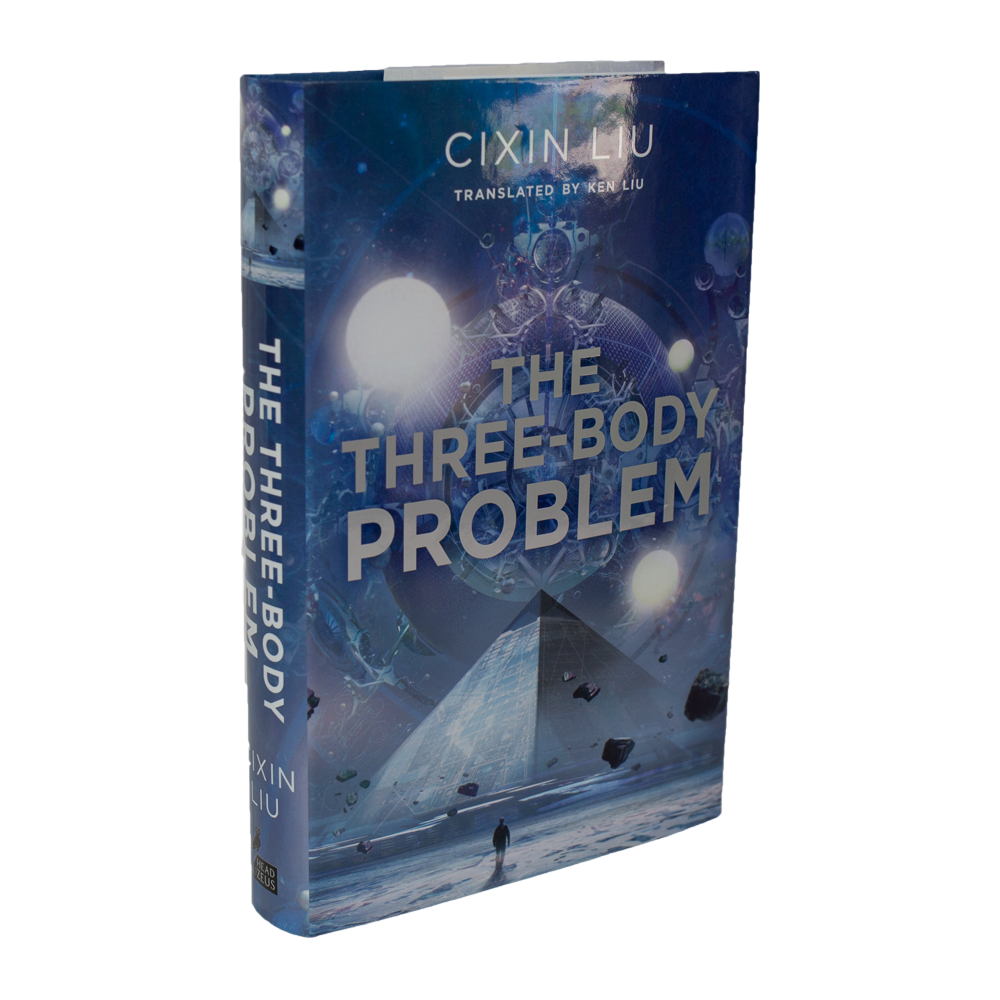 A one-time price of $1,500.00 will be added to your order.
1 Left in Stock
Categories: Signed Titles, Sci-Fi & Fantasy
Manufacturer: Bynx LLC

London: Head of Zeus, 2015. First Edition. Hardcover: FINE. Dust Wrapper: FINE. A pristine set SIGNED by both the author and the translator.

Remembrance of Earth's Past is a science fiction trilogy by the Chinese writer Liu Cixin, but Chinese readers generally refer to the series by the title of its first novel, The Three Body Problem. This fascinating “hard science” trilogy combines cultural history, scientific reality, and science fiction to create a masterpiece of enormous scope and imagination. The first volume was the first Asian written novel to win the Hugo award (in 2015) and was also nominated for the Nebula award.