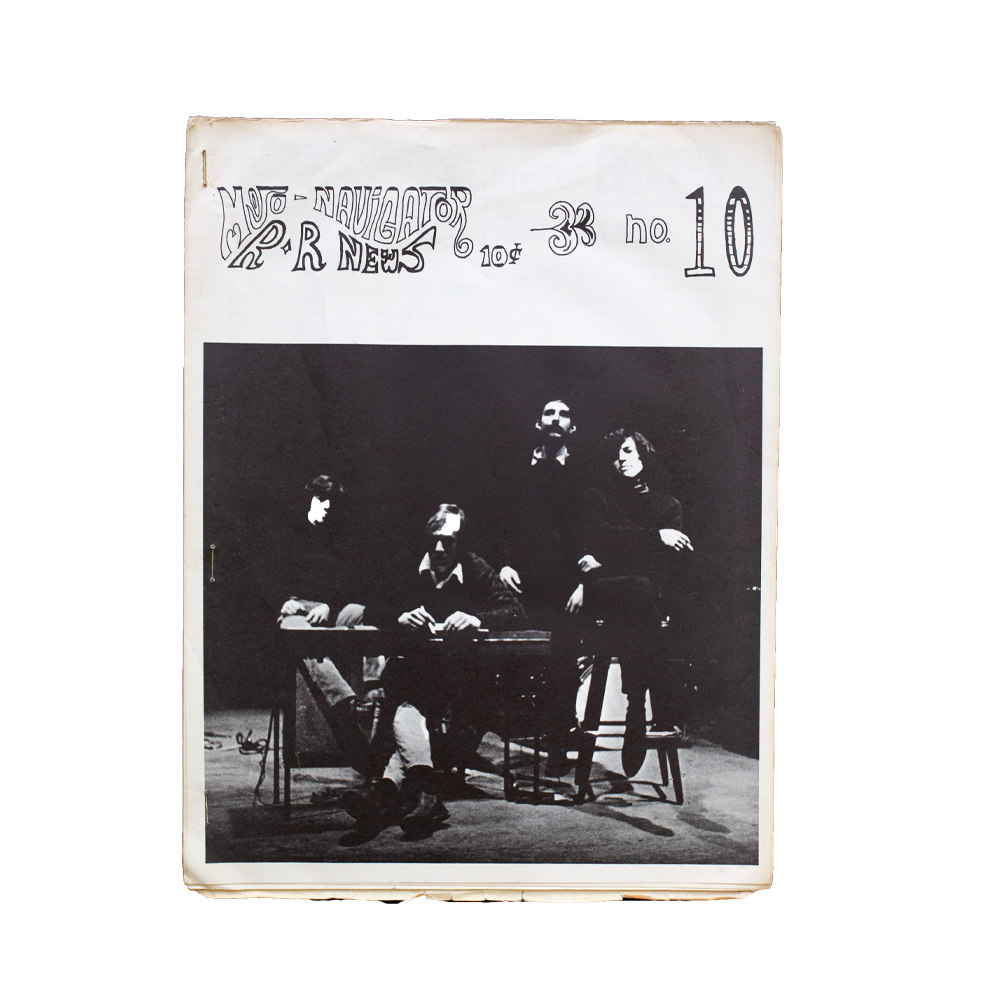 A one-time price of $300.00 will be added to your order.
1 Left in Stock
Manufacturer: Bynx LLC

The legendary "Mojo-Navigator Rock & Roll News" was a music zine by Greg Shaw and David Harris. MOJO was one of the earliest music zines, major news source for counterculture and alternative music in San Francisco. It ran for 14 issues and was a precursor to landmark rock magazines such as Crawdaddy and Rolling Stone. Issues have become very rare. The first issue was published August 8, 1966 as a mimeographed newssheet of two pages with concert announcements at the Matrix, Fillmore and Avalon.

No. 10, November 8, 1966 comprises 16 sheets plus a printed photo cover. It incorporates a two-color Tom Weller handbill for Country Joe & The Fish at the Jabberworck, and a two-color Steve Renick-designed handbill for the 13th Floor Elevators and Moby Grape at the Avalon. Also featured was an interview with The Mystery Trend, a full-page Stanley Mouse ad for Big Brother & The Holding Co.'s first single on Mainstream Records, Record Reviews, etc.