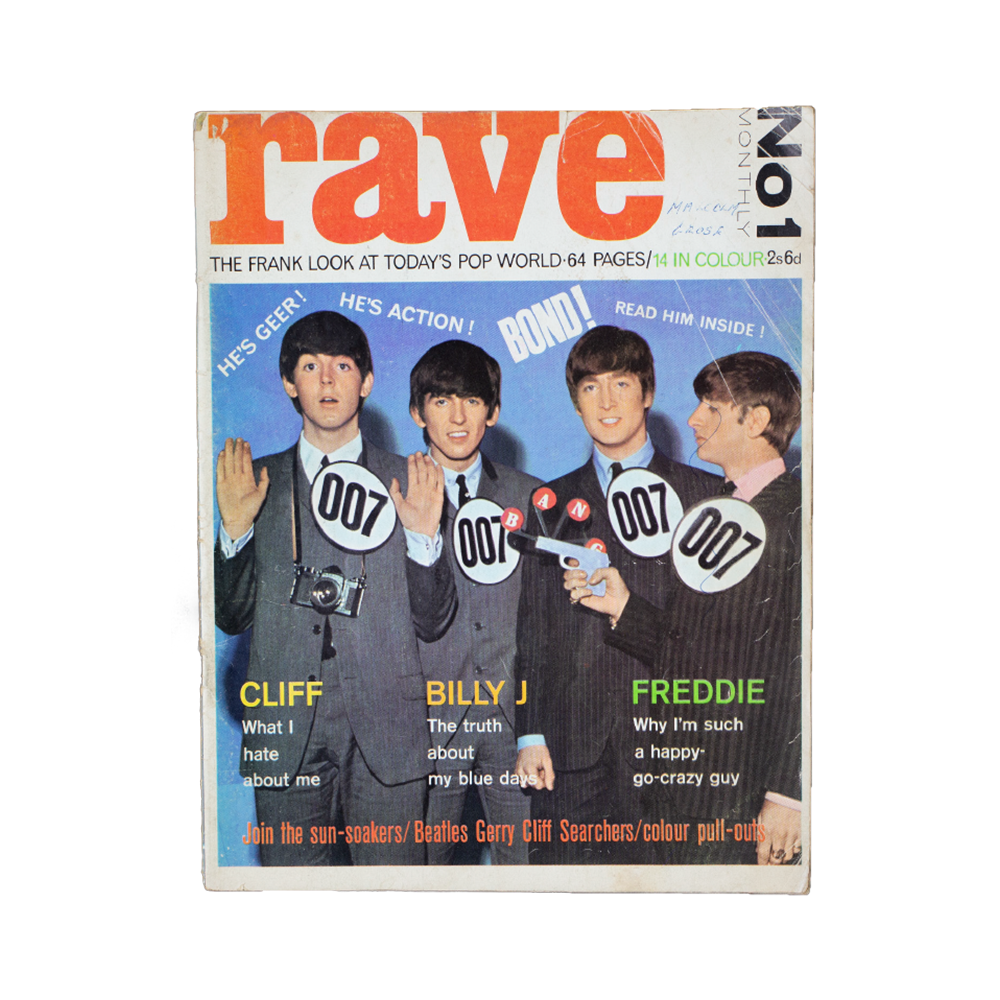 A one-time price of $200.00 will be added to your order.
1 Left in Stock
Categories: MAGAZINE, First Issues
Manufacturer: Bynx LLC

London: George Newnes Ltd. 1964. 62pp. GOOD. The first issue contains articles on the Beatles, The Searchers, Dusty Springfield and Gerry & Pacemakers, among others, as well as a Beatles centerfold.

Launched in 1964, Rave was significantly more expensive than its competition due to it being printed on high-grade paper with quality content and superb photographs. Not just a pop teen mag, it also featured fashion articles and covered great beat, pop & rock groups including Pink Floyd, The Kinks, The Rolling Stones, The Who and Jimi Hendrix.