Remarque, Erich Maria — All Quiet on the Western Front [Book]

Remarque, Erich Maria -- All Quiet on the Western Front [Book] 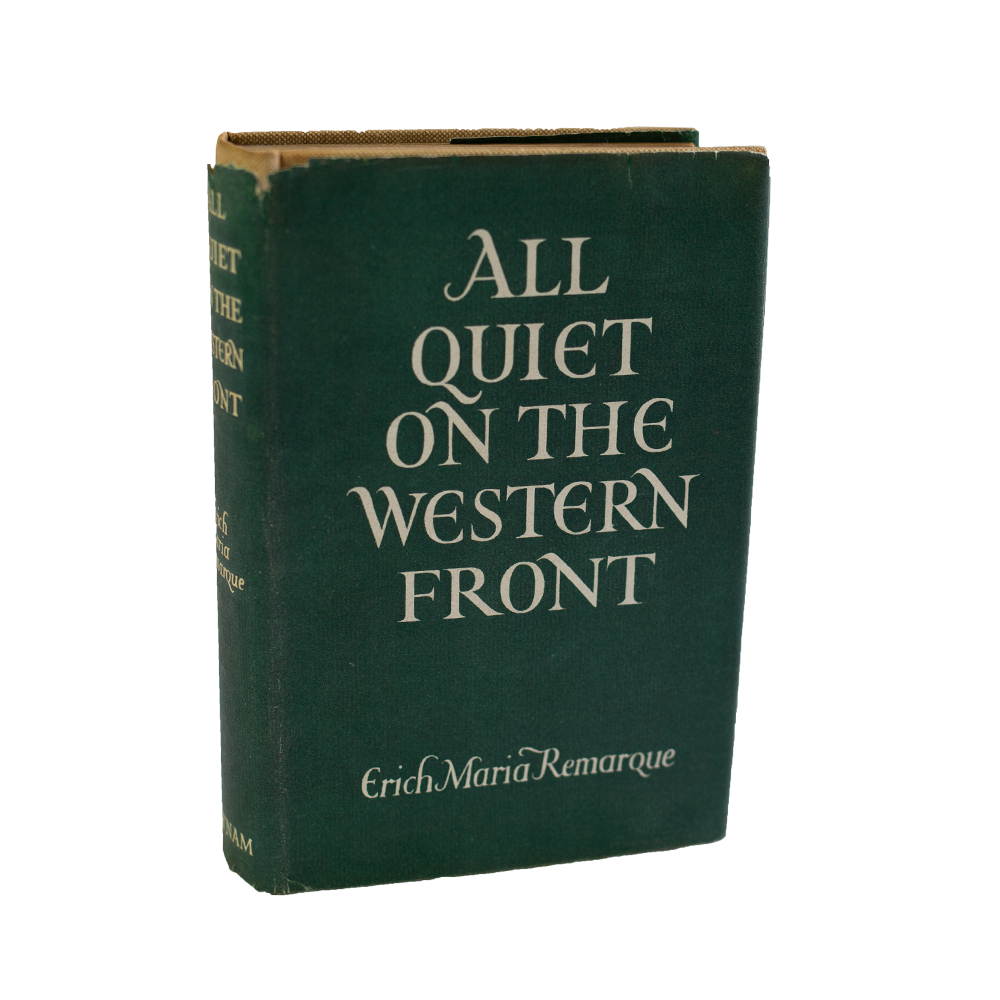 A one-time price of $4,000.00 will be added to your order.
1 Left in Stock
Categories: Modern First Editions
Manufacturer: Bynx LLC

London: G.P. Putnam's Sons, 1929. First Edition. 320pp. Hardcover: NEAR FINE. Dust Wrapper: VERY GOOD. Oatmeal cloth lettered in green at the spine and front board, with the publisher's original green top edge stain, which has some color loss. Spine lightly tanned and the top edge a little spotted. The free endpapers and half-title are lightly browned, as are some of the leaf margins. A nice copy in the most uncommon first issue, unrestored dust wrapper. The unclipped wrapper (7s. 6d. net) has some chipping, with some loss at the spine ends, corner tips and top edge.

A classic, it remains one of the most valuable reminders of the true costs of war. The book was the basis for the 1930 film, for which it won the Academy Award for Best Picture, the Academy Award for Directing, and the Academy Award for Outstanding Production. It was the first all-talking non-musical film to win the Best Picture Oscar. It was later adapted in 1979 as a television film starring Richard Thomas and Ernest Borgnine, and now close to a century after the Oscar-winning film, Edward Berger offers a German adaptation of this important work on Netflix.