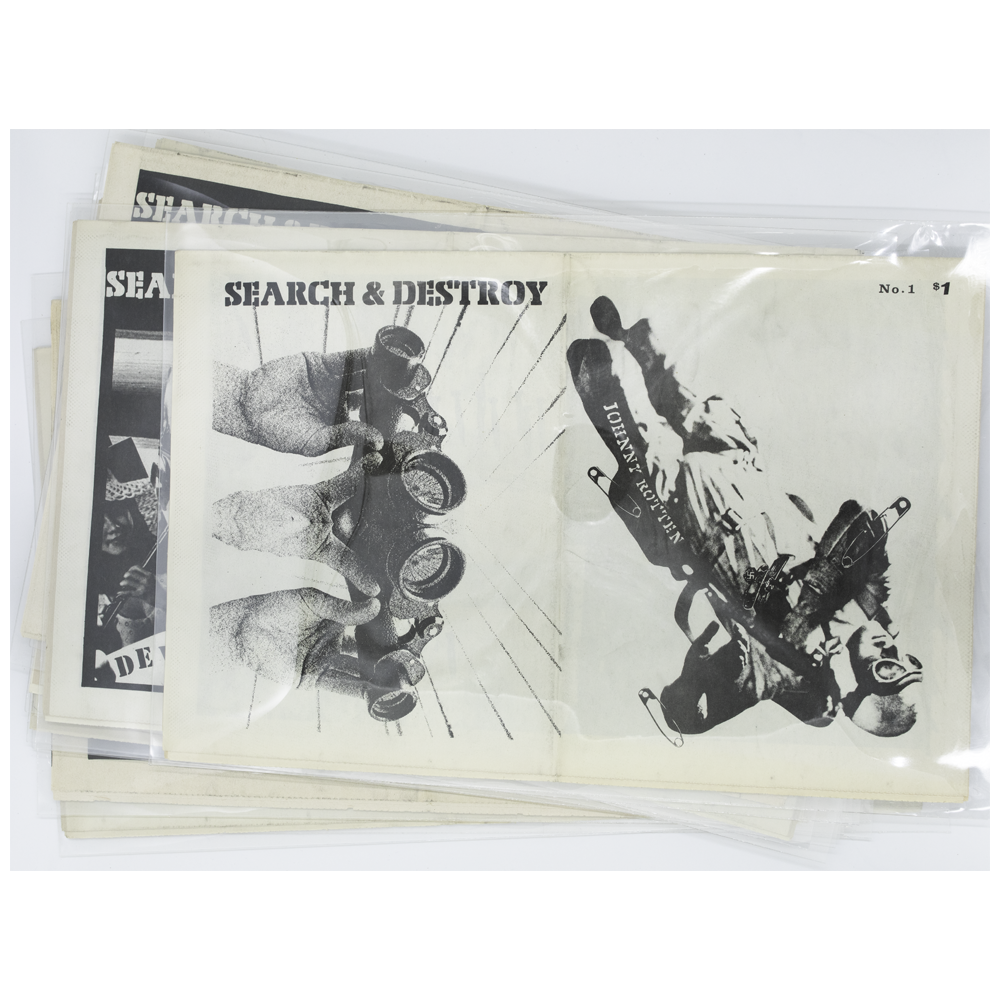 A one-time price of $1,500.00 will be added to your order.
1 Left in Stock
Categories: Punk, Sets
Manufacturer: Bynx LLC

San Francisco: 1977-1979. Tabloid on newsprint. All folded once, as issued; stored flat. VERY GOOD or better with some typical toning, occasional wear and modest chipping. Heavily illustrated throughout with B&W photographs. 11 issues; an uncommon complete run of this seminal punk zine.

Founded by Vale Hamanaka in 1977 while working at City Lights Bookstore and originally funded by Ferlinghetti and Allen Ginsberg, SEARCH & DESTROY was named for the Stooge’s anthem and became a hugely influential recorder of the early Punk scene in America, while also reporting on and interviewing the bands on the British scene, including Iggy Pop, Blondie, Dead Kennedys, X, Devo, The Ramones, Sex Pistols, The Clash, The Damned, Sham 69, Siouxsie and the Banshees and The Buzzcocks.